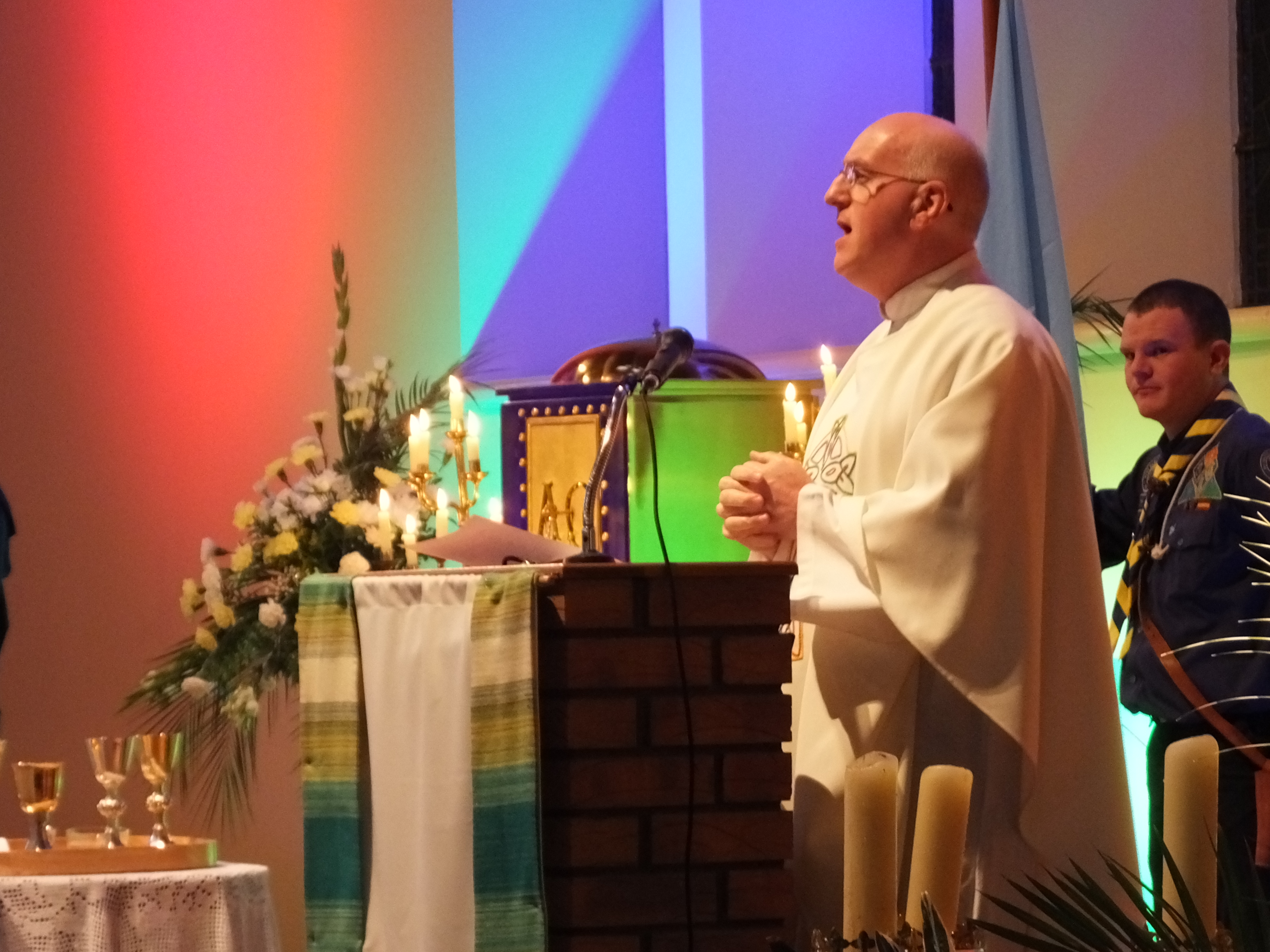 The following homily was given by Fr. Ray Warren OMI, Provincial, at the St Michael’s Commemorative Mass.

The Gospel is a story of not only hope but of resurrection. That is a transforming hope that changes lives. Remember the disciples were living in fear after the events of Jesus passion and death. Jesus had shown himself to them already after his resurrection and they, I suppose, were coming to terms and beginning slowly to understand what this meant. Simon Peter plucked up the courage to break out of their fear and hiding and get back to normal – to go fishing. That’s what they did. They weren’t very good at it this particular night, they caught nothing. At night, in the darkness, without Jesus. Then the sun came up, it was light and Jesus was on the shore. “Have you caught anything friends?” “Throw the net over starboard and you’ll find something”. I can imagine if that was said to me had I been out all night and came back tired and empty! Jesus is encouraging them and so the miracle occurs. He is with them in their ordinary lives. He offers them breakfast. They are a community of friends and of faith.

Here is St. Michael’s, we are remembering and celebrating a community of courage and faith especially as we commemorate our nations struggle for justice and freedom.

I’d like you imagine the thousands upon thousands of footsteps that traversed the ground of Richmond Barracks over the past century and beyond. British soldiers, horse hooves clip clopping, the gun carriage wheels rattling over the cobblestones. The daily comings and goings of an army camp. Square bashing, marching, orders being shouted out. Imagine the transporting of the troops from here to Kingstown (Dún Laoghaire) Harbour to ship the men to foreign fields.

This Church stands as an historic reminder, its walls hold a history of a Garrison church, a school house, a worship space within Richmond Barracks.

Outside the walls, the Barracks impacted on the local life. What memories there are of poor struggling people, children, and hunger, poor conditions. Think also of Inchicore works and Guinness.

Educational opportunities were there were none before were now available through the mission of the Sisters of Mercy and later the Christian Brothers from within the buildings of the former Richmond Barracks.

Listen to the footsteps of generations of families from Keogh Square, Tram Terrace, Goldenbridge and Bulfin Estate and St. Michael’s Estate. And this Church now called St. Michael’s as the centre of much of the life of the community holding the story of a growing community of people – its joys and sorrows.

Listen to the echo of the calls bouncing off the walls of the Blocks in St. Michael’s Estate that sprung up in the late 60’s and until only a few short years ago gazed down upon St. Michael’s Church. And let’s not forget the roar rising up from St. Pat’s on match days. Hundreds of thousands of footsteps. Many of those footsteps are your kin, your families, and your story. And this Church has absorbed it all!

Today, St. Michael’s Church holds its noble position among of what I regard as the iconic landmarks of Richmond Barracks and Kilmainham Gaol, our nations national monuments to the struggle for an Independent Republic.

While we are remembering Éirí Amach na Casca 1916, I would like to highlight one family in particular. That is Michael and Agnes Mallin, their children who lived on Emmet Road above Emmet Hall. This was an ordinary family in every way.

Mike Mallin who was born in the Liberties, had returned from service with the British Army in India and in 1903 married Agnes Hickey from Strawberry Beds. By trade he was a silk weaver and Agnes was a nurse, and they moved about in those early days of marriage and came to live in the flat above Emmet Hall as he held a position in the Workers Union under James Connolly. It was here that he use to have band practice.

Mike was very socially aware, Union minded and deeply concerned and conscious of the unjust inequality all around. He became active in the Irish Citizen Army. James Connolly appointed him Chief-of–Staff and 2nd in command of the ICA.

I think of the Mallin family, their footsteps going past the walls of the Barracks and this church as Agnes went out for the messages or made her way up to visit her parents and family in Strawberry Beds pushing a pram. Mike Mallin’s footsteps led men and women from the Emmet Hall to training manoeuvres in the Phoenix Park or up in the Dublin Mountains.

Easter Morning 1916, Commandant Mallin, I’ve no doubt, would have gone to Mass, maybe in the Oblates, maybe in St James’ or Adam and Eves. His footsteps made their way to Liberty Hall and the mobilisation began. His command was St. Stephen’s Green agus an sin an Éirí Amach. At the end of that extraordinary week he surrenders to British Army Officers and he and his troupe are marched to into Richmond Barracks past his home on Emmet Road. Court Marshalled and sentenced to death here in the confines of Richmond Barracks and then transported to Kilmainham Gaol. His last walk out to the Stonebreakers Yard to be executed on 8th May.

A son, husband and father. He loved Agnes whom he called “pulse of my heart” and he adored his children. A patriot, martyr of the Rebellion, man of faith with a deep sense of social justice with a love and appreciation of music and song. An honourable Commandant of Óglaigh na hÉireann.

Agnes was one of the many women of the Rising who loved her Mike and reared her five children during very difficult and painful times of loss and destitution.

This evening it is a privilege to have among us the granddaughter of Cmdt Michael Mallin. Úna O Callanian and members of the Mallin and Hickey family. I am also delighted that we can welcome George McKay, the grandnephew of Cmdt General James Connolly. 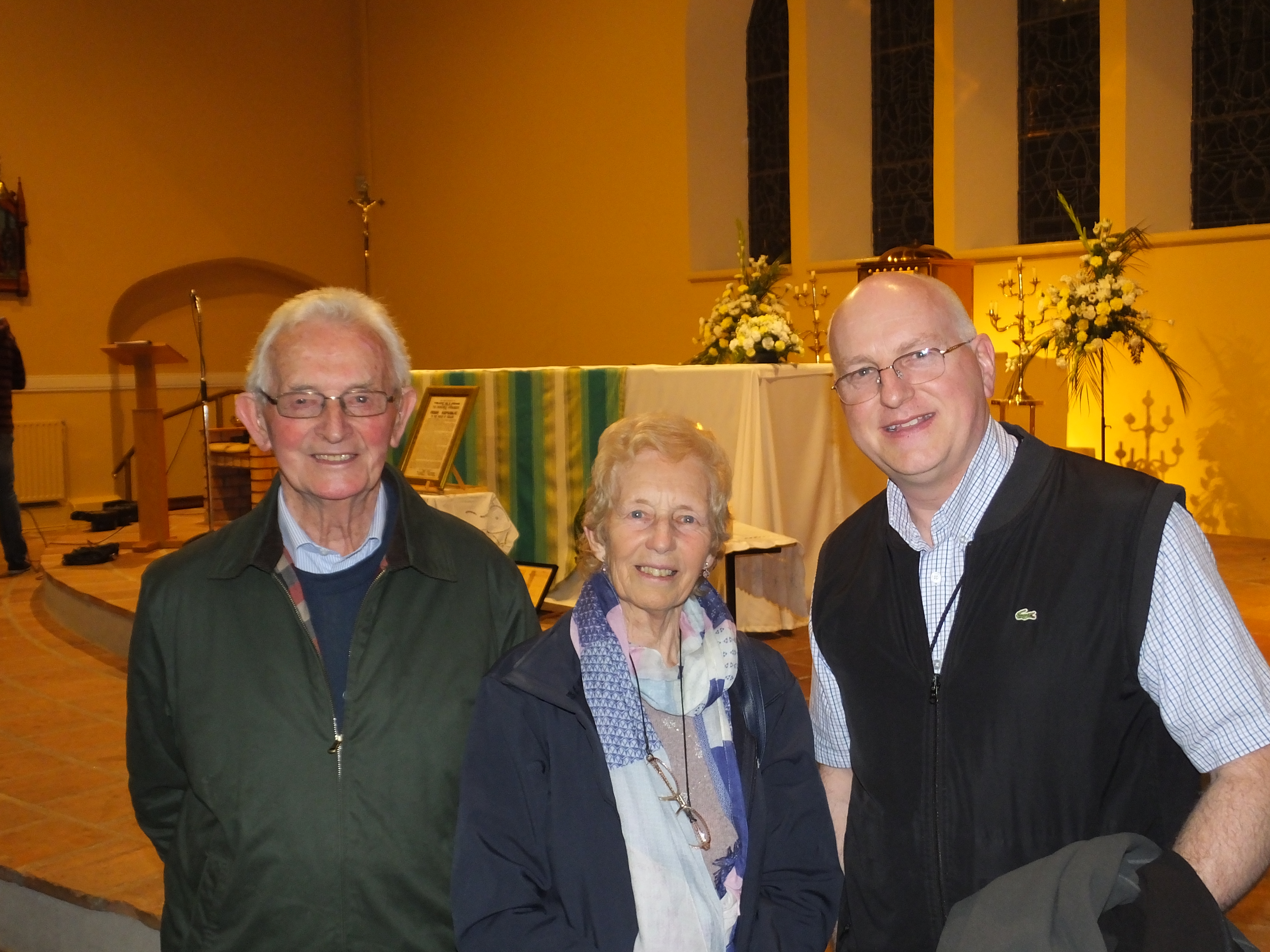 There is another important person that we should remember with sorrow and respect and that is Eugene Lynch 8 years old from 4 Vincent Street who was killed during the Rising and is buried in Golden bridge cemetery near WT Cosgrave. Much reflection has needed to be done that has helped much healing to take place of these more recent years.

It is right that we honour also the memory of the British soldiers who lives in the Barracks and indeed the 49,000 Irish men who died in the Great War and are commemorated in the nearby Island Bridge Memorial Gardens.

There are footsteps of new generations stepping out across the new green of what was the parade ground of Richmond Barracks and indeed the roads and streets of our land. New visitors footsteps will find their way here and hopefully into this Church of welcome where they can spend a while in prayer or reflection, remembering the lives and faith of generations of our people.

Today our country holds an honourable place among the nations of the world. To borrow from the Proclamation; We pray and entrust our Country and all its people to the Most High God, and invoke God’s blessing upon this community and our country. Amen 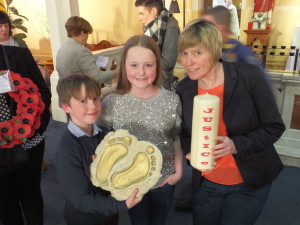 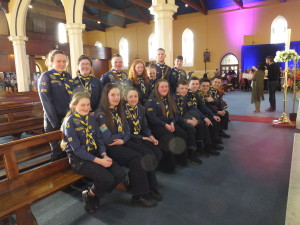 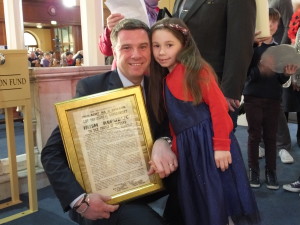 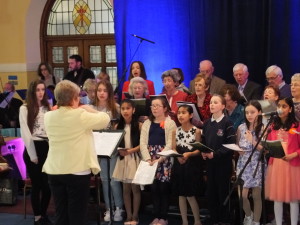