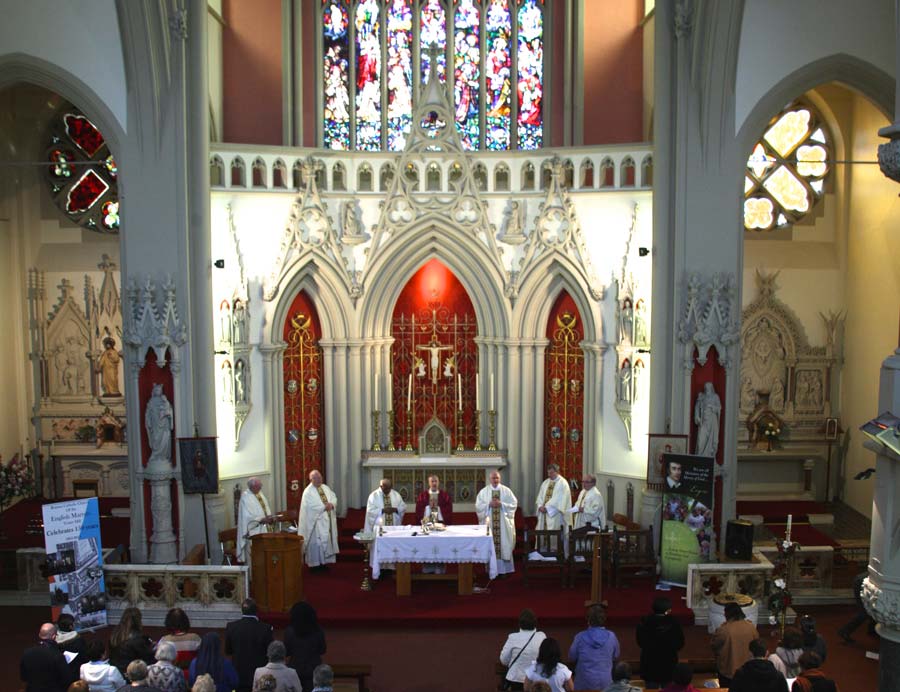 The celebration of 150 years was inaugurated last 22 February with a Mass celebrated by the Superior General of the Oblates, Fr. Louis LOUGEN.

This year we have been celebrating the 150th anniversary since the foundation of the parish. On 6th February 1865, the area of Tower Hill, London, then known as Rosemary Lane, was confided to the pastoral care of the Oblates of Mary Immaculate. The mission was entrusted to Fr. Robert COOKE, who was the Provincial at the time.

The celebration of 150 years was inaugurated last 22 February with a Mass celebrated by the Superior General of the Oblates, Fr. Louis LOUGEN. This Mass was celebrated with the ‘Friends of St. Eugene’ – a Lay Association of the Oblates of the Anglo-Irish Province – who came from various parts of England. After the Mass Fr. Louis led an afternoon of reflection with the Friends of St. Eugene. There was another simple celebration organised by the Parish Pastoral Council on 21 June with a Mass of Thanksgiving. It was attended mostly by our parishioners together with the English Martyrs School and a few invited guests, especially some Religious Sisters. After the Mass, the congregation moved to the school grounds for a picnic to celebrate the event. 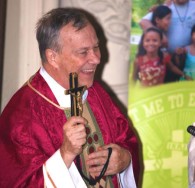 To mark this special year in the life of our Faith Community, the closing of the celebrations took place on 1 November with the Bishop in charge of our area. The Auxiliary Bishop Nicholas Hudson presided at this Thanksgiving Mass while the English Martyrs School children led the singing. Bishop Hudson also thanked all the Oblates who gave of themselves for this particular mission here in Tower Hill from 1860’s onwards. He said “Today we salute them and thank God for the graces he worked through them. Pride of place must go to your founding Father, Fr. Robert Cooke, to whom you have a fine memorial towards the back of the church”. He also reminded us that: “On this day, we recall with affection another saintly person who was also part of your earliest days, Mother Magdalene Taylor, Founder of the Poor Servants of the Mother of God. When the Oblates moved to Prescot Street, she and three sisters moved into a small house in Chamber Street. She was declared Venerable only last year; and is also likely to be canonised in due course”.

Oblate Community of Our Lady of the Wayside, Bluebell