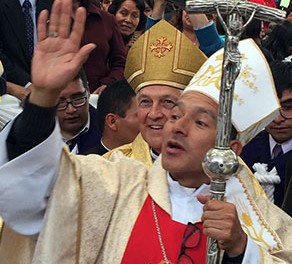 The Coliseo del Colegio Salesiano Santa Rosa in Huancayo served as a temporary “Cathedral” for the April 17 episcopal ordination of Oblate Bishop Carlos SALCEDO OJEDA, the first Auxiliary Bishop of the Archdiocese of Huancayo and the first Peruvian Oblate bishop. Pope Francis had named him to that service in the Church on January 30, 2016. 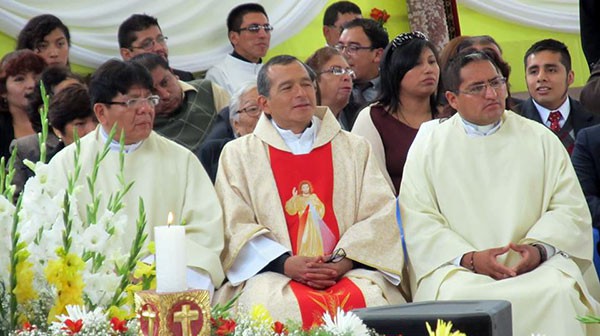 At the time of his nomination, he was serving as parish priest in Huancayo and as Coordinator of Justice and Peace for the Oblate Delegation of Peru. Born in 1960, Bishop Salcedo made his first profession of vows as an Oblate in 1990. After his ordination to the priesthood in 1996, he served in various parishes and also as an Oblate formator in both Peru and Paraguay. 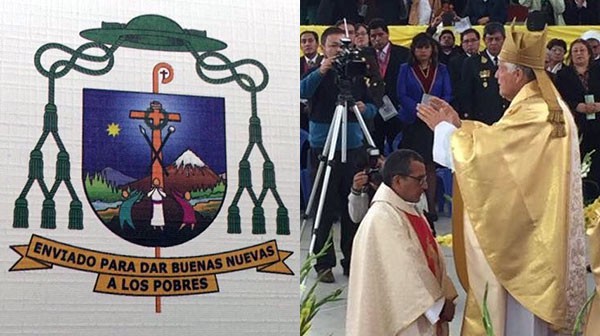 Archbishop Pedro Barreto Jimeno, the Ordinary of Huancayo, presided at the ordination, assisted by Archbishop Salvador Piñeiro García Calderón of Ayacucho and Archbishop Miguel Cabrejos Vidarte of Trujillo. It was the first episcopal ordination to take place in the city of Huancayo.

The new bishop’s coat of arms is very clearly based on the one designed by St. Eugene de Mazenod for his Oblates: the cross, the crown of thorns and the instruments of the passion. His episcopal motto is: “Enviado para dar buenas nuevas a los pobres (Sent to bring good news to the poor)”.