November 10th : Gospel Reflection for this Sunday
The 32nd Sunday in Ordinary Time 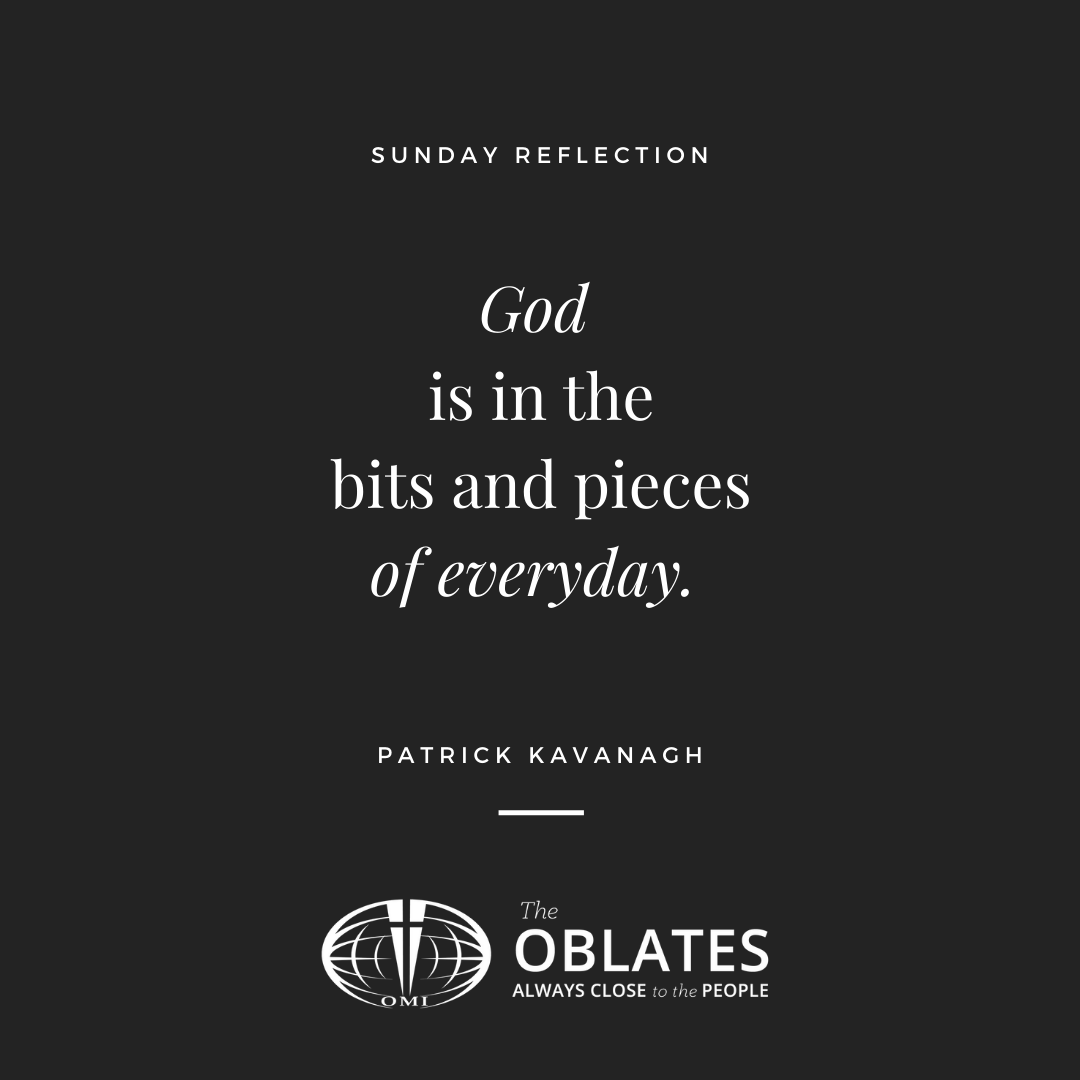 Life Before and After Death

The gospel this Sunday can, on first reading, seem a little strange if not confusing. The Sadducees, like the Pharisees were not Jesus’ greatest friends or fans! They too accused Jesus of blasphemy, complained when he ate with those they thought were sinners, and condemned him for breaking their sacred Sabbath laws. They never missed an opportunity to try and trap him publicly with some tricky question – all to serve their own self-righteous needs. The gospel this Sunday is one such encounter and conversation they have with Jesus.

According to their laws and traditions when a womans husband dies, his brother his allowed to marry her. In their story this happens seven times! They ask Jesus, at the resurrection, to which of them will she be a wife since she had been married to all seven? Perhaps, like Jesus, we today are also confused and bewildered about such an odd and seemingly complicated question!

Perhaps, we could focus on the last line of the Gospel; ‘Now he is God, not of the dead, but of the living; for to him all are in fact alive.’ It may sound a bit obvious; but we all live exist in this real world around us. We have families, friends and neighbours. We are retired, some go to work and to school; we shop and we go about our daily business and generally don’t think too much about the next world and or what happens to us when we die. This is normal. But perhaps, we might give some consideration as to how we live our daily lives and how we are preparing for eternal life. St. Paul challenges and reminds of this when he says; ‘Be very careful about the sort of lives you lead, like intelligent and not like senseless people.’ (Eph. 5.15).

Be careful what sort of lives you lead… What we do, what we say and how we treat other people really does matter. What we do effects other people and not just ourselves. Our daily lives are made up the relationships we have others. One poet tells us that God is in the bits and pieces of every day. Daily life is where we meet and encounter each other. Daily life is also where we experience God. To repeat the word of Jesus; God is a God of the living, not of the dead.

The great American writer, Mark Twain was once asked what he thought of the next world; his response; one world at a time!  Let us not waste this world and life that God has given us; God is the creator of the heaven and shaped the earth; he did not create it to be in chaos, he created it to be lived in.’ (Is. 45.18).

Let us live our daily lives with faith, honest and integrity and let us also keep our eye on the next world!

Jesus teaches resurrection, because God is truly a God of the living

Some Sadducees, those who say there is no resurrection, came to Jesus to question him, “Teacher, Moses wrote for us that if a man’s brother dies, leaving a wife but no children, the man shall marry the widow and raise up children for his brother. Now there were seven brothers; the first married and died childless; then the second and the third married her and so in the same way all seven died childless. Finally the woman also died. In the resurrection, therefore, whose wife will the woman be? For the seven had married her.”

Jesus said to them, “Those who belong to this age marry and are given in marriage; but those who are considered worthy of a place in that age and in the resurrection from the dead neither marry nor are given in marriage. Indeed they cannot die anymore, because they are like angels and are children of God, being children of the resurrection. And the fact that the dead are raised Moses himself showed, in the story about the bush, where he speaks of the Lord as the God of Abraham, the God of Isaac and the God of Jacob. Now he is God not of the dead, but of the living; for to him all of them are alive.”

Do not lead us into temptation Lent is a Pilgrimage, a Journey,...

An eye for and eye? There is the old military that says...

The Heart of the Matter  The Scribes and Pharisees never missed an...

The Prophets Simeon and Anna By now the Christmas tree is gone...