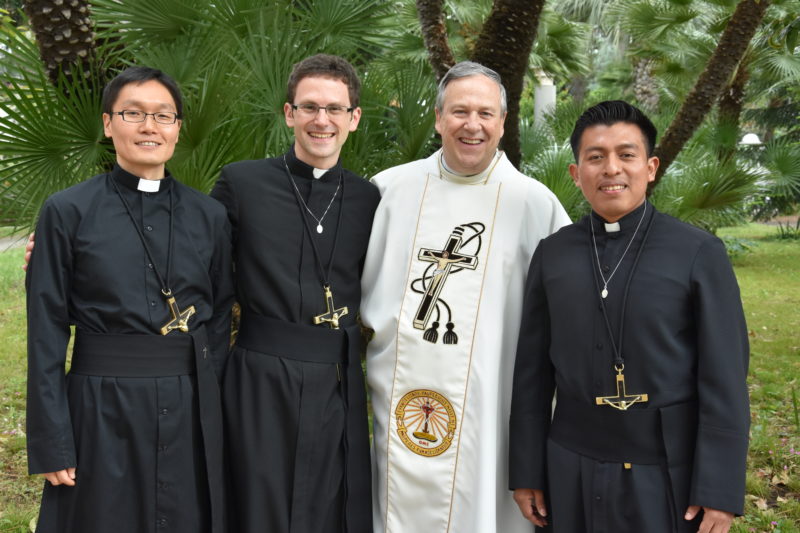 THE LETTER OF THE SUPERIOR GENERAL
ON THE 194TH ANNIVERSARY OF THE PAPAL APPROBATION OF THE CONSTITUTIONS AND RULES
February 17, 2020

Dear Brother Oblates and all who live inspired in the Oblate charism,

“The Spirit of the Lord is upon me,
because he has anointed me
to bring good news to the poor.
He has sent me to proclaim release to the captives and recovery of sight to the blind,
to let the oppressed go free,
to proclaim the year of the Lord’s favor.” (Luke 4:18-19) 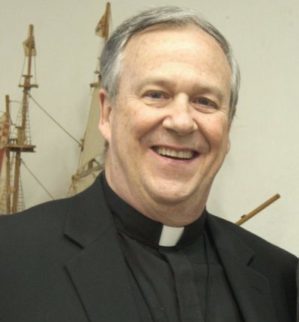 Each time I hear these words proclaimed or ponder them in prayer, I believe that we are anointed anew for the mission of Jesus. The Trinity is working within and among us: the Father, in an outpouring of love, fills us with the Spirit and sends us to partake in the Mission of the Word made flesh.

Today, we celebrate the Church’s blessing upon the missionary vision of Eugene de Mazenod. Surprisingly, the Church’s approval was granted quickly. Eugene de Mazenod knew, it was Divine Providence that guided him and that moved Pope Leo XII to grant pontifical approval of our Constitutions and Rules on February 17 1826. The Pope desired renewal of the Church, and hearing about the wonders of this band of missionaries in France, he sped up the process of approbation.

The missionary project of Eugene and companions, expressed in a passionate way in the “Preface”, is written in our hearts. The Constitutions and Rules, approved in 1826, are an organized expression of this missionary vision. They help us be faithful to the apostolic fire that burned within him and that gave birth to a missionary charism to preach the Gospel to the poor and most abandoned.

In revisiting the apostolic zeal expressed in the “Preface”, we see its prophetic relevance even today. The Church in our own times, in various ways and in diverse places around the world, has been devastated. We experience a Church which is discredited because of its own ministers’ lack of virtue; a Church divided and polarized by ideologies; a Church whose faithful members very often are being persecuted for their faith; and in other places, a Church where Christians have ceased professing their faith; a Church weakened for lack of the Eucharist, lack of priests and difficult accessibility.

This reality cries out with urgency to us and touches our hearts as it did Eugene’s. If there could be missionaries, filled with passion to bring the Gospel to the poor; missionaries inflamed with apostolic zeal; missionaries committed to a holy life of genuine love for others; missionaries who would share a life in common and collaborate together and with others for the Mission of God… Then, in a short time, there would be reason to hope that people would truly open their lives to God’s Good News. Eugene’s was a prophetic vision, with a profound pastoral hunger to minister to the people forgotten by the Church.

His motivational drive to evangelize the most abandoned was rooted in his personal experience, on one Good Friday, of the saving love of Jesus Christ and the joy of forgiveness.

This vision drives Oblate missionaries today. Like de Mazenod, we burn with the desire to bring the Good News of the Reign of God to those who are poor, forgotten, tossed away and rejected. We know well the faces of the poor of our societies, the immigrants and refugees; the women, children and men who are commodities to be trafficked for exploitation of various kinds. In missions around the world, we work to combat the continued destruction of the environment, caused by economic exploitation.

Together with indigenous peoples, we defend their culture, lands and water, often in dangerous situations. With other people of good will, we welcome and support immigrants and refugees who are traversing the world. In the heart of the largest cities on earth, we are in the midst of the poor, facing daily violence for the defense of their rights, security, employment, health assistance. Committed to mission with youth, we accompany young people in their faith and in leadership roles, so that they take their place in the Church. Struggling in favor of life in the womb, we not only network to defend the sacred gift of life, we also provide the means for women to welcome their new life into the world with dignity and safety. Heeding the prayer of Jesus, we promote

Christian unity through ecumenical efforts and we contribute to interreligious dialogue, both at very local and practical levels and at the table of theological reflection.

Around the globe, the Oblate family works together to provide education for the poorest; we are present on the street at night to offer friendship, a cup of coffee, a friendly word; we visit the home- bound, elderly poor, bringing them the sacrament of the sick and the Eucharist; we are found ministering to small communities of Catholics, often of tribal and indigenous communities in isolated areas, who would otherwise be forgotten. We are ministering with young people and elderly who are physically and mentally challenged, hearing and sight impaired. In many places, missionaries go out to the bush for weeks, carrying on their backs supplies for ministry and personal care, facing malaria, heat exhaustion, snakes and other sicknesses. Missionaries extend the compassion of Christ to those who are incarcerated and in hospitals.

There is so much for which to be grateful as we contemplate the Spirit’s work in drawing so many people to live the Oblate charism in many beautiful ways. We rejoice at the immense number of people are committed to the vision of Saint Eugene! I thank all of you, missionaries inspired by the charism of St. Eugene, for your generous commitment. We sing with Mary our gratitude that the Lord has used us as humble instruments to extend his mission. It is God who is to be praised.

Remembering Mary, it was at this time in 1826, that we received a new name, the Missionary Oblates of Mary Immaculate, our passport to heaven! We give thanks to God for the beautiful name we bear.

The approval of the CC&RR is so significant, because this small booklet conveys the vision of the Founder, his passion for God and for the poor. It guides us and helps us be faithful to the charism poured out upon us by the Holy Spirit. I invite you to spend some time with both the “Preface” and the CC&RR in these days. Especially the first 44 Constitutions will inspire us with the charism of St. Eugene and challenge us.

This originally was published on www.omiworld.org

Virtual Pilgrimage 2020: Mass of the Immaculate Conception at the Grotto

Morning Reflection with Sinéad Hanafin Peg Hanafin, author and poet, was an...

Opening Pilgrimage Mass at the Grotto in Inchicore at 12 noon

We invite you to join us for today’s mass, Sunday 20th September,...