Parishes and Centres of Mission

The Oblate Parishes in the UK and Ireland

The London Mission is made up of three Oblate parishes. 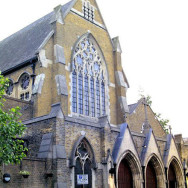 Sacred Heart Church has just celebrated over 150 years as a parish, it is a parish who has always received the emigrant, noted after the war for its large Irish population. It is now a parish with 60 different nationalities and over 40 different languages. The Church has recently been refurbished, the local school is St Eugene de Mazenod called after the founder of the Oblates who are celebrating their 200th anniversary 2016. Fr Terry Murray OMI is parish priest of both parishes Sacred Heart and Immaculate Heart. 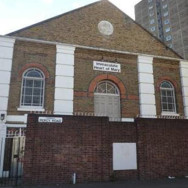 From the beginning the district around Percy Road was a part of the Sacred Heart Parish, London. Post-war growth in the parish of Sacred Heart was so great that the need was felt open a chapel of ease there so as the better to serve the people of the area. The first Mass centre was at what is now St. Mary’s school, Granville Road and in 1948 Fr Phil Danaher bought a redundant former Methodist chapel. By the early 1950’s three masses were being celebrated there every Sunday. A youth club for boys and girls was very active. Fr Phil remained on at West Kilburn until 1970 – a total of 22 years. Another long-serving servant of West Kilburn was Fr Kevin Donovan who spent 21 years there until he left in 1977 to become parish priest of St Michael’s, Dublin. Today the area is under going a major urban regeneration and is home to people from many parts of the world and, under the leadership of Fr Terry, the local community continues to offer a Christian witness in an ever changing area. 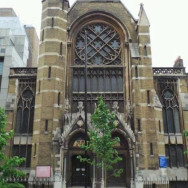 In 1864, Cardinal Wiseman invited the Missionary Oblates to set up a mission at Tower Hill. It was founded by Fr Robert Cooke, the Vicar Provincial, the following year. A temporary corrugated iron building was erected at the back of the present site, serving as both church and school. This was opened and blessed by Archbishop Manning on 12 December 1866.  Archbishop Manning laid the foundation stone for the current church, designed by Edward Welby Pugin on 18 May 1873. The  year 2015 was a special period of time in the history of English Martyrs Parish as they have been celebrating the 150th anniversary since its’ foundation.  The celebration of 150 years was inaugurated on 22nd February with the 11 am Mass by the Superior General of the Oblates of Mary Immaculate, Fr. Louis Lougen who travelled to London from Rome. Later in the year at the closing celebration Bishop Hudson thanked all the Oblates who gave of themselves for this particular mission here in Tower Hill from 1860s onwards. He said “Today we salute them and thank God for the graces he worked through them.” Fr Alex Angodage OMI is parish priest.

The Edinburgh Centre of Mission consists of two parishes. 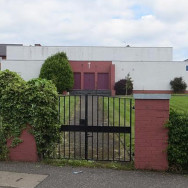 The parish was established in 1970 with the church building being opened in 1978. From 1970 to 1980 Fr John McQuade SJ was Parish Priest. Since 1980 the parish has been served by the Oblates of Mary Immaculate. The first Oblate priests in the parish were Fr Tony Clancy OMI and Fr Peter Clucas OMI. Fr Tony Quinlan OMI is the current pastor. The parish is part of the Oblate Centre of Mission Edinburgh which also includes St Mary’s, Star of the Sea, Leith and the priests of both parishes. St John Ogilvie’s is also a Fair Trade parish and an “eco congregation”. From its beginnings in 1970, St John Ogilvie’s has always been a living, vibrant community. In more recent times, that community has been enriched by new arrivals from Africa and Poland. 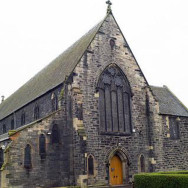 Leith was once a thriving port for the city of Edinburgh, and in common with many ports, the docks are now going through a programme of regeneration. St Mary’s, Star of the Sea is situated in the very heart of Leith and was built in 1852. Our mission is to nourish and live the Living Word of God in ourselves and in our parish. We work and pray to reflect this in communities near and far, and to be a source of hope for all. Fr Martin Moran OMI parish priest of St Mary’s.

The Dublin Centre of Mission is made up of our three parishes in Dublin 8. 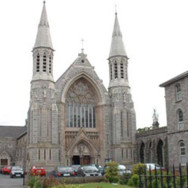 The founder of the Oblates, Eugene de Mazenod, was invited in 1854 by several Irish bishops to establish an Oblate mission in Ireland. Subsequently while Oblate Father Robert Cooke was in Dublin giving a mission he came in contact with Archbishop Cullen and was asked to look at the possibility of the Oblate Order meeting the spiritual needs of the people of Kilmainham. The Oblates came to Inchicore in 1856 and bought a farm close to the Railway Works. A small wooden church was built by the workers at the Railway Works and it served the community until work began on the present church in 1876. The Grotto was established in Inchicore after Father William Ring led a pilgrimage to Lourdes in 1883. The first torch lit procession was attended by 3,000 people in 1927 and the following year work began on constructing the present Grotto which was an exact replica of the Lourdes grotto. Again men from the Railway Works helped and the work was finished in 1930.  Later that year the Grotto was blessed by Archbishop Byrne of Dublin at which 100,000 people were present. Fr Leo Philomin OMI is the area moderator and Fr Tony Clancy is co-parish priest in the Inchicore pastoral area.

Our Lady of the Wayside Parish, Bluebell, Dublin, Ireland 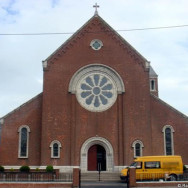 Our Lady of the Wayside Parish, Bluebell

The parish of Bluebell was established in 1967. The first priests in the parish were Frs. Hayes, Granville, Hickey and Kearney. The Oblates came to the parish in 1972 and have been here ever since. They were joined by the Daughters of Charity sisters for a few years and by the Holy Faith sisters for the past 10 years. Despite the constant changes and against all the odds there is still a  very deep sense of community in Bluebell, which often carries people through the most difficult times of life. The people of Bluebell continue to keep the flame of faith alive in the community. Fr Dominick Zwierzychowski is the parish priest for Bluebell.

Webcam: Our Lady of the Wayside, Bluebell Parish 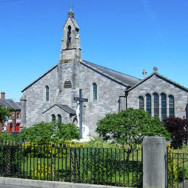 Located five kilometers west of the city centre, St Michael’s parish is bounded by many well known and historic landmarks. These include Islandbridge War Memorial Gardens, Kilmainham Gaol, The Irish Museum of Modern Art (formerly Royal Hospital), Goldenbridge Cemetery and the Grand Canal. St Michael’s church was built in the early 19th century as a garrison church for the nearby Richmond Barracks, where the courts martial of most of the leaders of the 1916 Easter Rising took place. When the 1st Free State Government closed the barracks, the church became a chapel of ease attached to St James’ Parish. Archbishop Byrne officially opened the church for the people of Inchicore in 1926. In 1972, the Oblates of Mary Immaculate took over the ministry of St Michael’s Parish. Fr Louis McDermott OMI is parish priest of Saint Michael’s. 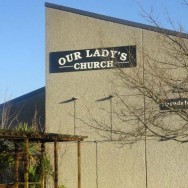 The Parish of Darndale Belcamp was founded by the Oblates in 1972 to help the Archdiocese of Dublin to cater for the new developments planned in the northside of the city. Fr Jim Butler OMI was it’s first parish priest. He developed the parish with a focus on bringing together the disparate groups of people who were being relocated from the city centre of Dublin and from the nearby overcrowded Ballymun flats. The Community Centre was the focus of the community and was the temporary Church for the community to gather in until 1982 when the Church of Our Lady Immaculate was built. The parish continues to work closely with the people of the community. In 1999 the Community Centre was given to Dublin City Council with a substantial piece of land owned by the Diocese of Dublin. Now there is a Village Centre with 63 community organisations catering for the many varied needs of the community. The Church was split in half and one part was converted into a Parish Centre called the New Life Centre. The Centre’s aim is to help people realise their potential. The Oblates continue to work in a collaborative way in the Parish keeping the flame of faith alive.  Fr Eduardo Nunez-Ypez OMI is parish priest and Fr Michael O’Connor is the superior of the Darndale-Belcamp Community.

The Welsh Mission comprises of Anglesey (a grouping of 8 island parishes) and Saint Joseph’s, Colwyn Bay. 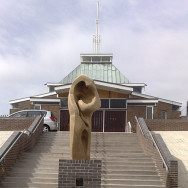 The Oblates have had a presence on Anglesey since 1895 when the mission in Holyhead was begun. In the early years the Catholic community had to face a hostile local community who were suspicious of the presence of the Church. Since their initial arrival the Oblate presence on the island has expanded and now includes the entire island of Anglesey, an area of approximately 500 sq miles. There are a total of 8 churches on the island which are served from three centres. While each community on the island is distinct there has been a process since the early nineties to try and build an island community. A key development took place in September 2003 with the establishment of the Island Mission Group. The vision of the mission on Anglesey is to build a communion of communities where by people will be nourished through breaking the Word and Bread together and who are enabled to reach out to those around them and share the Good News of Jesus Christ. 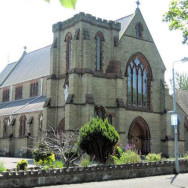 St Joseph’s parish has been served by the Missionary Oblates since 1898 and the present church was built in 1900. As an Oblate Centre of Mission we have a living commitment of faith for service and outreach, and our  faith priority is to be attentive to those on the margins of society and to those from whom the church is most distant.

Oblate Centres of Mission and Parishes