The Story of Lourdes 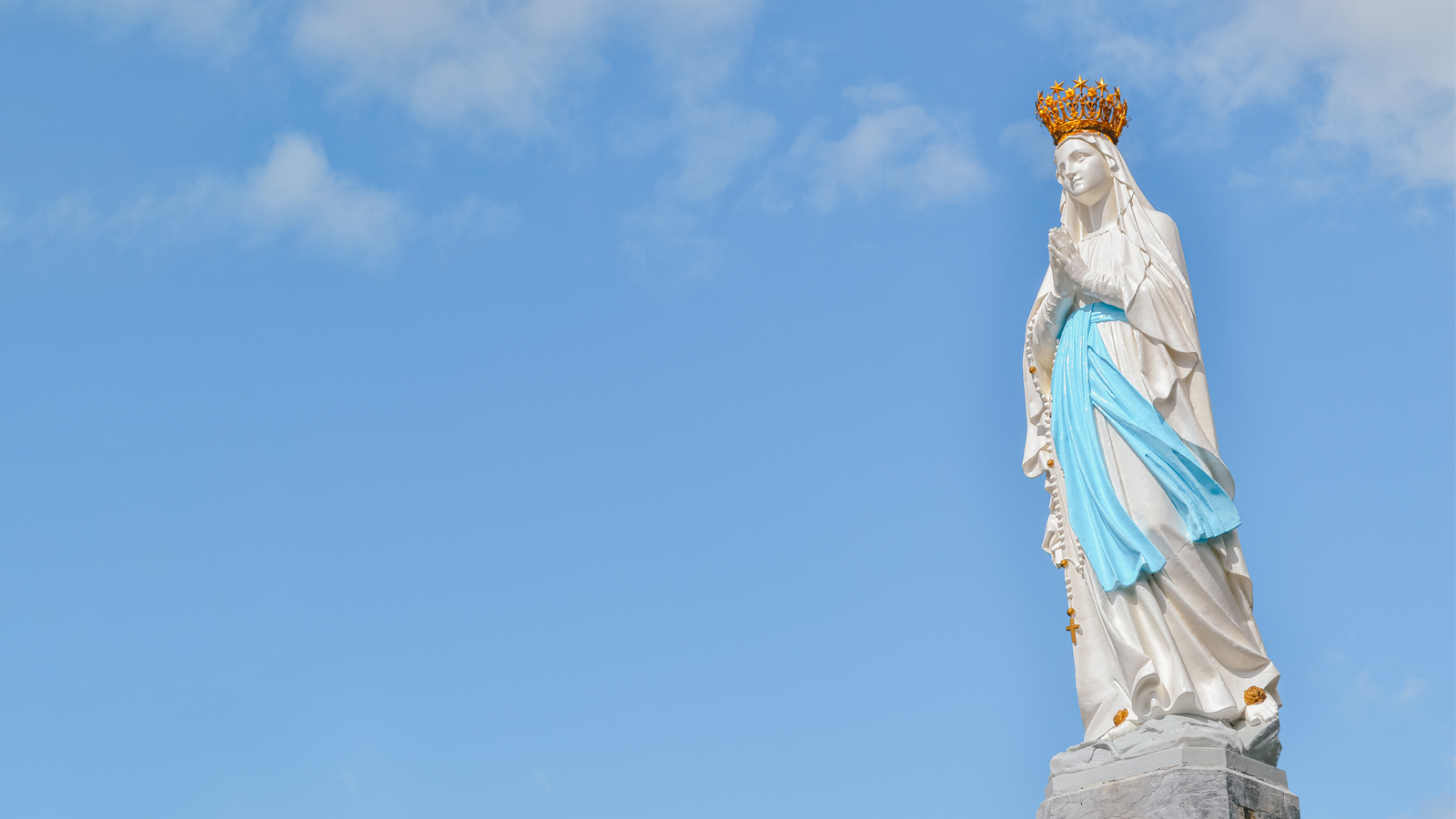 Lourdes is a town nestling in the foothills of the Pyrenees – the vast mountain range which marks the border between France and Spain. In the mid-nineteenth century, the town’s population would have been about 4,000, living mainly on the hill which rose to the east of the River Gave.

Poor management, together with the Soubirous’ generosity, left the family penniless and they had to leave the mill in 1854. François was forced to become a day-labourer and Louise worked too – housekeeping, washing and labouring in the fields. Bernadette would care for Justin, so had little schooling and was considered educationally backward. She suffered from asthma.

The financial situation continued to deteriorate and, at the start of 1857, they had to accept accommodation in the cachot, a former jail. The family lived in one room barely four metres square with sparse furnishings.

Severe poverty made it necessary for Bernadette to be sent to a friend in Bartres, where she spent some months helping in the house and caring for the sheep in the solitude of the hills. She longed for the affection of her family – she was longing, too, to receive her First Communion and so returned to the cachot shortly after her fourteenth birthday.

On 11 February 1858, Bernadette, with her sister and a friend, went to collect firewood. When she reached the rock of Massabielle, Bernadette heard a gust of wind and noticed that a wild rosebush in a niche in the grotto was moving. A gentle light brightened the dark recess and there stood a beautiful girl, dressed in white with a blue sash and a yellow rose on each foot. She was smiling, with her arms spread in welcome. Bernadette prayed the rosary but when the apparition beckoned her closer she did not dare approach.

Toinette forced her to tell of her experience and told their parents. Bernadette was forbidden to return. But on 14 February, they relented and allowed her another brief visit. She took some holy water with her and, when the apparition appeared again, she sprinkled her with the water, telling her to stay if she came from God, to go away if not.

Again, her parents were unwilling for her to return, but there was a rumour that the apparition was the soul of a saintly dead parishioner and to ascertain the truth Bernadette was allowed another visit in the company of a family friend. She took paper and ink with her so that the apparition could write her name. She was informed that this was not necessary. She was told, “I do not promise to make you happy in this world, but in the other”, and then asked, “Would you be kind enough to come here every day for fifteen days?”

Bernadette’s resolution was enough to move her parents to allow her to visit the grotto daily. Her story met with intimidating interviews from the civil authorities and scepticism from the Church. Those who accompanied her grew from a handful to thousands from around the region. They would see Bernadette in ecstasy as soon as the apparition appeared: she felt no pain when the flame of a candle was in contact with her bare hands.

“Go and drink at the spring”

The following day, the crowd saw Bernadette at the back of the grotto scraping in the mud, drinking the muddy water that had appeared there and smearing her face with it. She then ate the leaves of a bitter plant that was growing nearby. She had been told, “Go and drink at the spring and wash yourself in it.” Many now became dismissive of Bernadette, believing her to be mad. The spring had not existed before.

As the fortnight continued, the apparition renewed her requests for prayer and penance. On 2 and 3 March, other requests were made, “Go and tell the priests that people are to come here in procession and to build a chapel here.” The fortnight ended the following day. A huge crowd had gathered and, after Bernadette had said the rosary, they questioned her, but there had been no further message or revelation.

“I am the Immaculate Conception”

On 25 March – the Feast of the Annunciation – Bernadette again visited the grotto. The apparition appeared. Bernadette asked her who she was and received the reply, “I am the Immaculate Conception.” Bernadette kept repeating these words on her way to tell the parish priest. She did not understand what they meant, but the parish priest did. Pope Pius IX had pronounced the dogma of the Immaculate Conception four years earlier.

Our Lady was to grant Bernadette two further apparitions, one in April and the final one on 16 July. By then the authorities had put barricades around the grotto to prevent anyone from entering, so she saw Our Lady from the opposite bank of the River Gave and described her as “more beautiful than ever.” The barricades were taken down on the order of Napoleon III.

Life was not easy for Bernadette following the eighteen apparitions, as she disliked the publicity that surrounded her. The questions of the curious she would answer briefly. She would be irritated should anyone offer her gifts or money. In July 1860, she moved to the hospice at Lourdes to complete her neglected education and stayed there for six years.

As early as July 1858, the local bishop had set up a commission to study the apparitions and some reported cures. In January 1862, the commission’s findings prompted the bishop to declare “We judge that Mary Immaculate, Mother of God, really did appear to Bernadette Soubirous.”

While at the hospice Bernadette decided to join the Sisters of Charity and Christian Instruction of Nevers. She was accepted in November 1864, but her entry was delayed because of her poor health, the death of her brother Justin (aged ten) and the bishop’s wish that she attend the inauguration of the building of the crypt above the grotto in May 1866.

Bernadette arrived at the convent at Nevers in July 1866. She was professed as Sister Marie-Bernard and, in spite of frequent bouts of ill-health, worked in the sacristy and infirmary. She spent the rest of her life at Nevers until her early death on 16 April 1879 at the age of 35. This day is celebrated as her feast-day.

Her incorrupt body lies in a glass casket in the Convent of the Sisters of Nevers.