Click here for a special message from Pope Francis 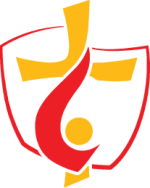 It was December, 1985, the International Youth Year. During the meeting with thousands of youths at St. Peter’s Square, John Paul II initiated the World Youth Days – opportunity for young christians from all around the world to meet and celebrate their faith with each other and with the pope.

The next WYD will be held in Panama. For a couple of days in January 2019 this country in Central America will become a centre of the Roman Catholic Church. It is also a well-known tradition that a week before the main events with the pope, the youths are invited to prepare for this meeting by attending ‘Days in the Diocese’ which are organised throughout the country which hosts WYD.

At WYD 1995 more than 4 million people gathered to meet the pope at Luneta Park in Manila, Philippines. The crowd was so large it was recognized as the biggest gathering ever by the Guinness World Records.

What will the next WYD be like? It depends on you! The more the merrier – come and become a part of history!