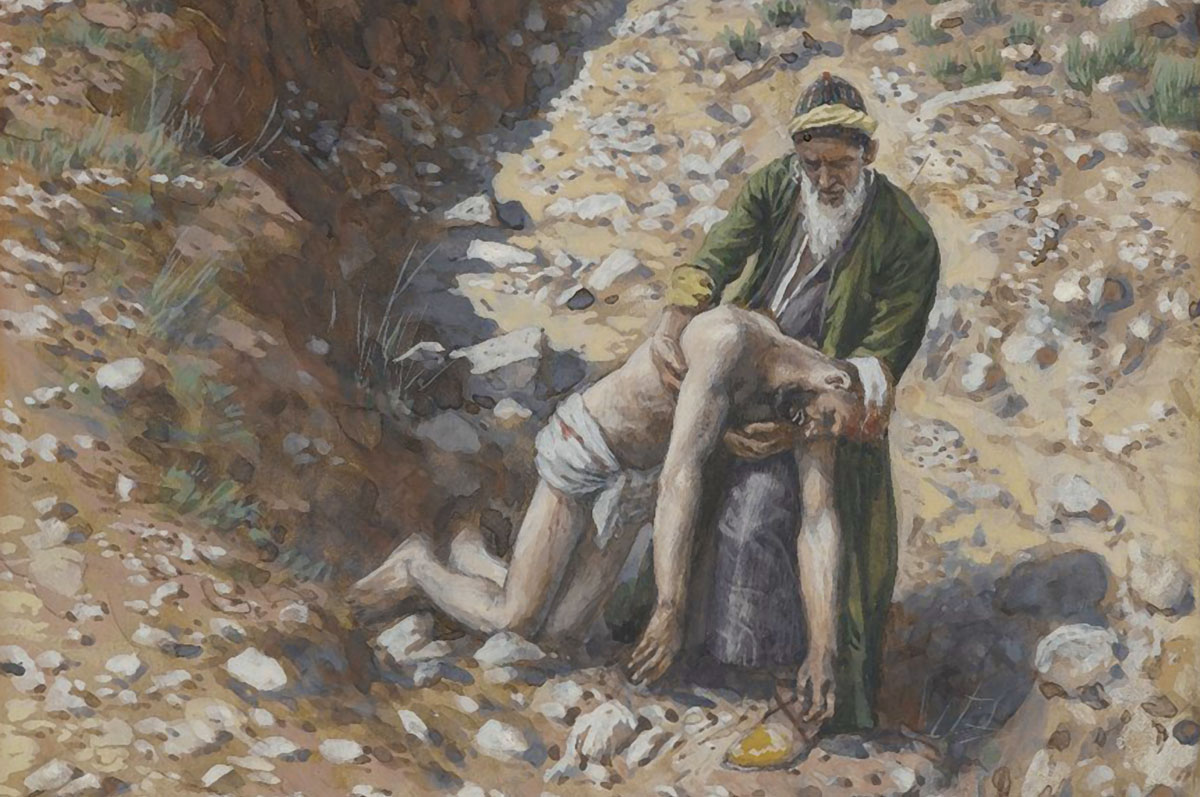 Who is my neighbour?

The Good Samaritan is a gospel with which we are all familiar. Even when we hear the phrase ‘Good Samaritan’ we automatically think of someone who does a good and kind deed for someone who is need. But as always, when Jesus first told this parable, it was a very radical and dangerous point that he was making.

A well intentioned lawyer comes to Jesus and asks what he needs to do to gain eternal life. When he is asked by Jesus what the Law prescribes, he replies that he is asked to love God with all his strength and to love his neighbour as his himself. Not content with his own answer, he then asks Jesus ‘And who is my neighbour?’ He may have been expecting a straightforward answer, but Jesus tells him the parable we now call ‘The Good Samaritan.’

A man is attacked and left for dead. Two people pass by and ignore him; a priest and a Levite. Both are decent and upright people who are thought to be favoured by God; but both of them walk by on the other side. Next a Samaritan comes along. These were a group of people who were despised by many Jews; yet he is the only one who offers any help to the injured man. When he saw the injured man, he was moved with compassion; he felt called to do something to help this man, a complete stranger. He did more than he simply could; he did what was needed. He went beyond basic charity, care and concern, he put the injured man’s needs before his own. He went out of his for this man; he cared for him, he bandaged him, carried him and paid for his stay at an inn. When asked by Jesus who acted neighbourly to the injured man, the lawyer replied, ‘the man who took pity on him.’ Jesus then challenges him; ‘Go and do the same yourself.’ Jesus says to him, don’t sit to think or talk about it, go and dothe same!

So, who is my neighbour today? My neighbour is far more than the person who lives near or next to me. My neighbour is anyone who is in need. It’s that simple and that challenging! Every day in so many ways, we meet people who desperately need our help. How we respond is our choice. We can be like the priest and Levite; we can cross to the other side and ignore them. We can close our eyes and hearts to them. Or, like the Samaritan, we can go out of our way to help them in whatever way we can.

My neighbour is anyone who is need. St. James reminds us; ‘If we see one of brother or sisters who is in need of clothes or food and do not have enough to live on, and we say, I wish you well…without giving them the necessities to live, what good is that? It is the same with faith, if good deeds do not go with it, it is quite dead.’

Lord, When I see someone who needs (my) help, may I be moved with compassion. May I reach to help them; may I do what I can to care for them in whatever way I can, no matter how I small I think it is.

A reading from the Gospel according to Luke

But the man was anxious to justify himself and said to Jesus, ‘And who is my neighbour?’ Jesus replied, ‘A man was once on his way down from Jerusalem to Jericho and fell into the hands of brigands; they took all he had, beat him and then made off, leaving him half dead. Now a priest happened to be travelling down the same road, but when he saw the man, he passed by on the other side. In the same way a Levite who came to the place saw him, and passed by on the other side. But a Samaritan traveller who came upon him was moved with compassion when he saw him. He went up and bandaged his wounds, pouring oil and wine on them. He then lifted him on to his own mount, carried him to the inn and looked after him. Next day, he took out two denarii and handed them to the innkeeper. “Look after him,” he said “and on my way back I will make good any extra expense you have.” Which of these three, do you think, proved himself a neighbour to the man who fell into the brigands` hands?’ ‘The one who took pity on him’ he replied. Jesus said to him, ‘Go, and do the same yourself.’

Sign up to receive Email updates from the Oblates:

This is our God, the Servant King Today we celebrate the Feast...

Gifts and Talents Whether one is a child or an adult, we...

Be ready and prepared! The image of a feast or banquet is...

The call to be Holy Today in union with the whole Church,...