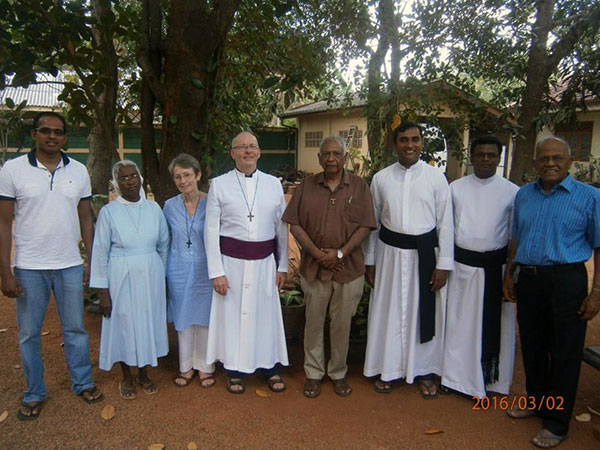 Rajabima Oblate Centre, situated in the ancient sacred Buddhist city of Anuradhapura, is a community established also with the view of reaching out to the poor of other religions. Following the teachings of the Church after the second Vatican Council, the Oblate community at Rajabima has taken the initiative to invite the pastors and community leaders of different Christian denominations to come together for prayer.

This sign of unity among Christians has been appreciated by many and has become a regular event. The Ecumenical Prayer Group gathers every month in a place of worship of one of the participating communities and prays according to the tradition of that particular Christian denomination. The prayer is based on Scripture and life sharing which has become the bond between all the Christians.

Recently, the gathering and ecumenical prayer was held at the Oblate centre. In promoting Christian unity, there were about seventeen representative religious leaders who came forward in creating common ground for understanding and sharing the word of God and working for the common good. The representatives were from the Salvation Army; the Anglican Church of Sri Lanka; the Subandi Brothers; Holy Family Convent of Thalawa; and from Anuradhpura: the Sisters of Providence, St. Joseph’s Cathedral, and the Oblates of Mary Immaculate. 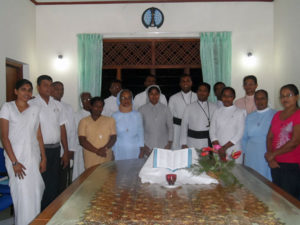 The prayer group is the initiative of Fr. Shivantha WAAS and Oblate Deacon Shihan SHANAKA, together with the Methodist and Anglican pastors of the area. Now it is supported by the present Superior, Fr. Emmanuel FERNANDO and is attended by the Oblates of the area, Frs. Dhanushke FERNANDO and Roshan FERNANDO.

The death has occurred of Fr. Anthony (Tony) Carroll O.M.I. The death...

Join Fr Eduardo for this morning’s prayer and reflection on today’s reading...