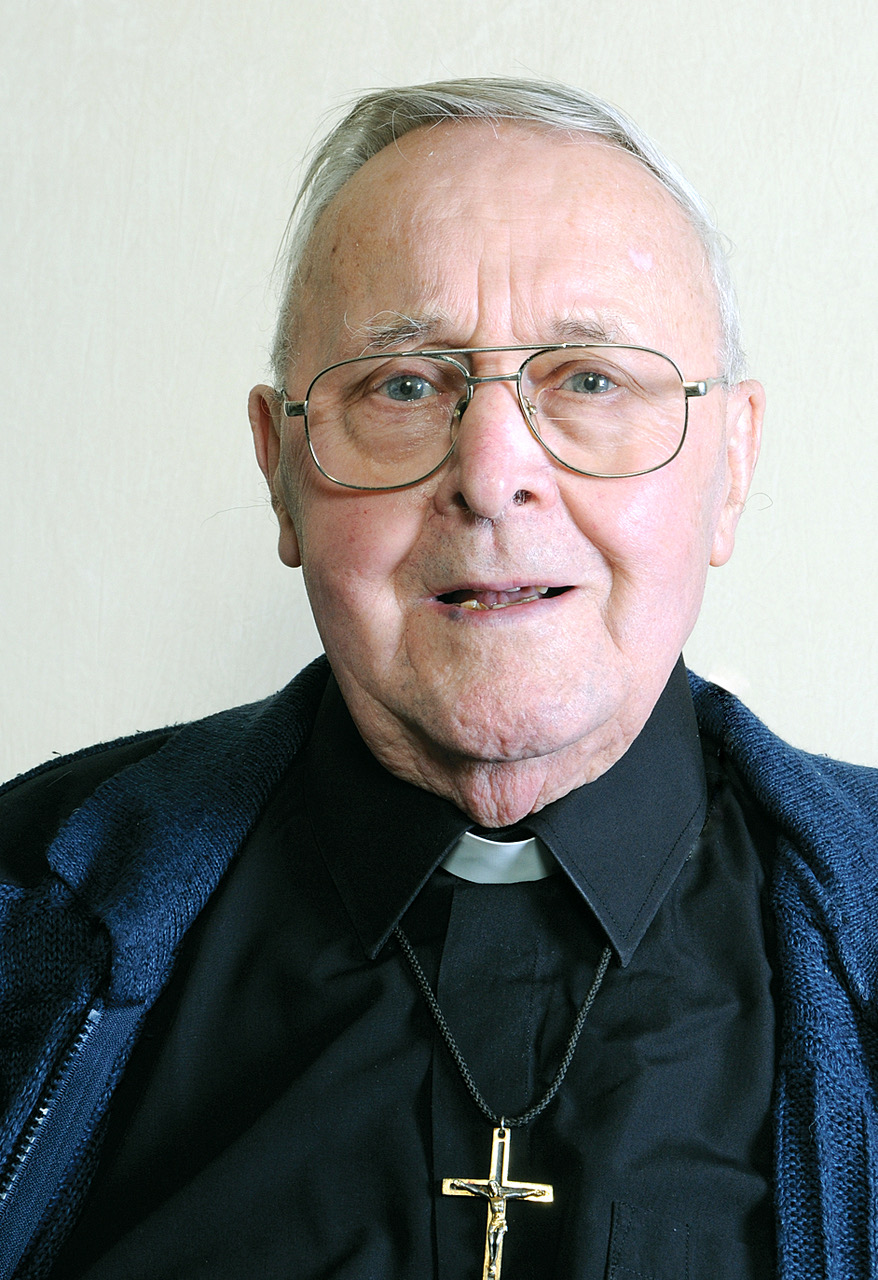 John Murphy was born on April 1st 1926 in Termonfechin, Co. Louth, ‘the cultural capital of the world’, as he himself would say. Secondary education completed, he entered the Oblate Novitiate (Cahermoyle) in September 1944. He made his Final Profession as a Missionary Oblate of Mary Immaculate at the Oblate Scholasticate, Piltown, Co. Kilkenny in 1948, and was ordained priest there in 1951.

After ordination, he was assigned to the home Province, and appointed to parish ministry at Corpus Christi Parish, Leeds (1951-’68). His next parish appointment was to St Anne’s Parish, Birmingham (1968-’71).

A deeply spiritual man, John cherished his parishioners and the rhythm of pastoral ministry. People appreciated his open and caring presence and his ready availability to meet the endless demands of parish ministry. His next appointment, however, was to the mission staff at Inchicore, and the very different work of preaching parish missions. After 12 years (1971-’85) of getting to know parish communities in every corner of the Island, he was appointed Parish Priest to Our Lady of Lourdes & St Bernadette Parish, Kingswood, Bristol (1985-’89). Here too he came to know and love the people, and it saddened him to have to leave as the last Oblate to serve in this community.

John’s next appointment was to the Retreat Centre, Wistaston Hall, Crewe (1989-’97), where he and Centre Director, Fr Michael Ryan ran a variety of retreats and conferences. Mike recalls John as “a wonderful colleague to work with, someone staff and guests thought the world of. He had a unique ability to communicate the Faith to all those who came here. A book of his mother’s reflections and reminiscences, collated from recordings made by nieces and nephews in the years before her death, was a principle source of inspiration in this work. When some groups of sisters became too frail to come to Wistaston, he would gladly go to their convents to give community retreats.

He had a lovely sense of humour and was happiest pottering around the gardens with his best mate Maurice Massey. I will always remember him with great affection, as I know will many Oblates and all those privileged to have known him.”

In 1997, John came back to pastoral ministry, to St Anne’s Parish, Rock Ferry (1997-’02) where he and Ray Warren were the Oblate community. Ray writes: “he radiated a rare and special quality that drew people toward him. He was, in a gospel sense, ‘childlike’, loving God as a young child loves a parent. This was the love that came through in his preaching and his encounters with people pastorally or socially. His natural warmth and kindness were particularly evident in his pastoral care of sick and housebound people.

John loved the natural world and nature’s cycle. His greatest enjoyment was caring for the flowers and plants in the garden or tending to a patch of ground that he cultivated for vegetables, his trusted dog ‘Sam’ by his side. His life was a well woven pattern of prayer, deep, long and natural, never forced.

He kept a diary, a personal account of his encounters along the road of life. With encouragement from his family, he learned to communicate through email, further strengthening his links with friends and family.

As he got older, he became smaller and, as his eyes grew dim, he became ever more radiant with that childlike quality that all who knew him will understand.”

After a further  8 years (2002-’10) as chaplain to Holy Family Sisters and small local community at Sicklinghall, Yorks, John joined the retired Oblate community at Inchicore. Here too, he was immensely hopeful and positive, a joy to have in community. I think it’s true to say that he was the unofficial ‘father of the house’, and that this was a role he embraced. He loved to engage, to search together for a greater truth and clarity.

Fr John’s funeral will be live-streamed via webcam on Friday April 10th at 10.30am
https://termonfechinparish.ie/webcam