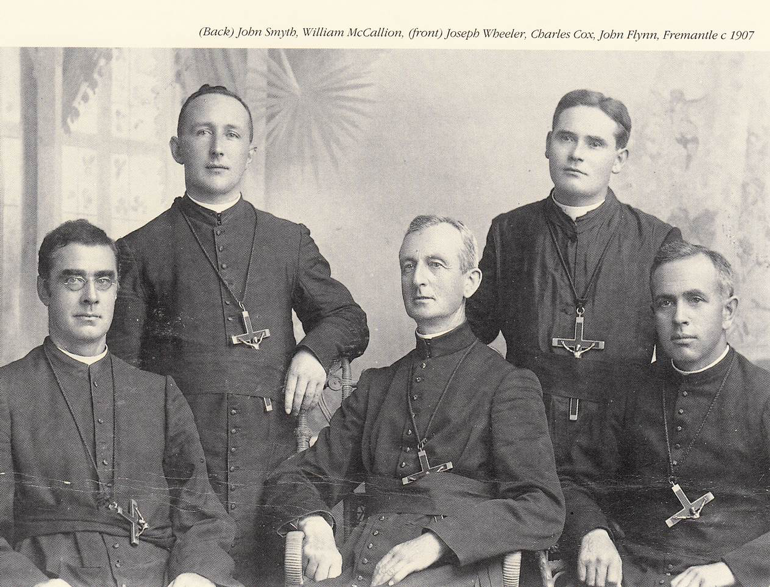 On my recent visit to Australia to join in the celebrations in mark the 125th anniversary of the Oblates Mission I brought with me a watch that had been in my possession for a number of years. The watch had been presented to Fr. John Flynn OMI in gratitude for his service as chaplain to Woodman’s Point Quarantine Station near Freemantle, Western Australia. The station housed soldiers returning from the First World War who needed to be in Quarantine because of the prevalence of the deadly Spanish Flu. I returned the watch to the Australian Province as a symbol of the Mission of their Province and of their long relationship with the Anglo–Irish Province. John Flynn was one on many dedicated Missionaries from the Anglo-Irish province to Australia whose commitment was marked during the recent celebrations.

John Flynn was born at Stamullen, Co. Meath, on December 10th. 1869. He attended the Irish Christian Brothers’ School at Drogheda, Co. Louth and was received as a novice at Belmont House, Stillorgan, Dublin, on August 14th., 1888. After vows he went to the scholasticate at Bleyerheide, Holland, where he made his final vows on August 15th. 1890. He was ordained in 1894 at Liege.

On February 22nd.,1899 he sailed for Australia with Brother Christopher Tuite, OMI, and stayed there, mostly in West Australia, until his return to the British Province in 1921.

John Flynn came to Fremantle in 1899 as superior of Glendalough Industrial School where he served from 1900 to 1911. He was parish Priest in Freemantle from 1911 until 1915.  He ministered as chaplain in Woodman’s Point which was the most challenging of Missions until 1919. Reputed to be a man of ‘kindly and unselfish nature’, he was particularly kind to the poor and sick. His dedication and that of these early pioneers is clear from a note from a later Provincial, Joseph Scannell that, ‘he had no holiday from 1904 to 1921.’

On returning to the Anglo-Irish Province John was then assigned to Star of the Sea  parish, Leith, Scotland, and stayed there until 1924. He moved then to the House of Retreat, Inchicore, Dublin, and stayed there until 1940. From 1940 until his death on December 31, 1942, he resided at Belmont House, Stillorgan. He is buried in the Oblate Cemetery at Inchicore, Dublin.