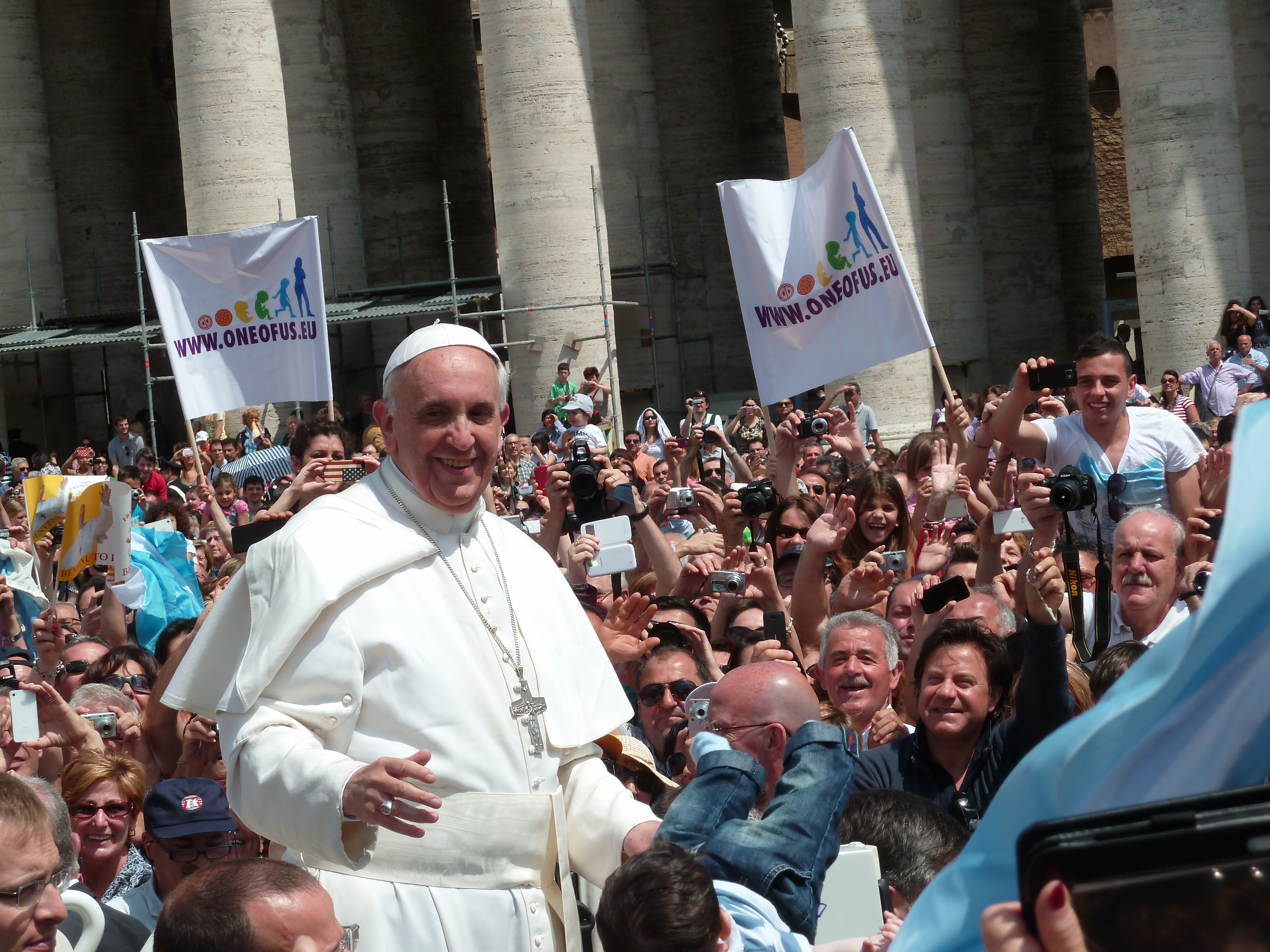 Edgar Jiménez from Porto, Portugal [CC BY-SA 2.0 (https://creativecommons.org/licenses/by-sa/2.0)]
By Christopher Wells, Vatican News
“The protection of minors and vulnerable persons is an integral part of the Gospel message,” Pope Francis insists in the very first line of his Apostolic Letter. The Pope says that it is the duty of all

“to generously welcome children and vulnerable persons, and to create a safe environment for them, giving priority to their interests”.

Accompanied by new legislation for the Vatican City State, and new guidelines from the Vicariate for Vatican City, the Holy Father’s Letter aims at “further strengthening the institutional and normative framework for preventing and combatting abuse against children and vulnerable persons” in the Roman Curia and in Vatican City.

In particular, the documents published on Friday focus primarily on the protection of minors and vulnerable adults, and the prevention of crimes against them; while also providing new regulations concerning the duty of reporting abuse, caring for victims and their families, removing offenders from their positions, and prosecuting those guilty of abuse. In his Letter, the Pope also acknowledges the rights of the accused to a fair and impartial trial, including the presumption of innocence, rule of law, and proportionality in sentencing.

Further, Pope Francis provides new norms for training of Vatican officials and employees about “the risks of exploitation, sexual abuse, and maltreatment of children and vulnerable persons, as well as the means to identify and prevent such offences”.

Specific details of the new laws promulgated for Vatican City State include a definition of vulnerable persons as anyone in “a state of infirmity, of physical or mental deficiency, or of deprivation of personal liberty” which limits their comprehension, or their ability to resist an offence. Vulnerable persons are considered equivalent to minors for purposes of the new laws and guidelines.

The legislation also sets out a statute of limitations of twenty years, which for crimes against a minor begins when they reach the age of 18.

New “General Protective Measures” provide for purported victims to be informed of their rights, and of the adoption or cessation of measures taken against the liberty of the accused. Care for the confidentiality of victims and their families is a concern throughout the new documents; which also call for measures to protect them from retaliation or intimidation.

An “Accompanying Service” is also established, which will offer a “service of listening” as well as providing medical, psychological, and social services for victims. The service will also help victims understand and vindicate their rights, and assist them in going to the authorities.

The Guidelines adopted for the Vicariate of Vatican City are practical means to implement the new laws, and ensure “best practices” with regard to the care and protection of children and vulnerable adults. They insist that all laws and canons in this area must be “scrupulously respected”.

They also call for the Vicar General, who has responsibility for pastoral care within Vatican City, to appoint a Referente, or Contact Person for the Protection of Minors, whose duties include preventing all forms of abuse; training Vatican officials and workers; and welcoming those who make claims of exploitation, sexual abuse, or maltreatment.

The Vicariate also provides definitive guidance for Vatican employees, with norms that require, for instance, that those working with minors should always be visible to others; must report any dangerous behavior; keeping parents informed; and using caution in dealing with minors.

New regulations also flatly forbid any corporal punishment; offending a child or engaging in inappropriate or sexually suggestive conduct; asking children to keep a secret; or filming or photographing a child without written consent from their parents.

The new Law for Vatican City State will go into force on June 1 of this year; while the new Guidelines for the Vicariate, which are being implemented ad experimentum for three years, take effect immediately.