The “Rosies”: a reason to rejoice – Australia 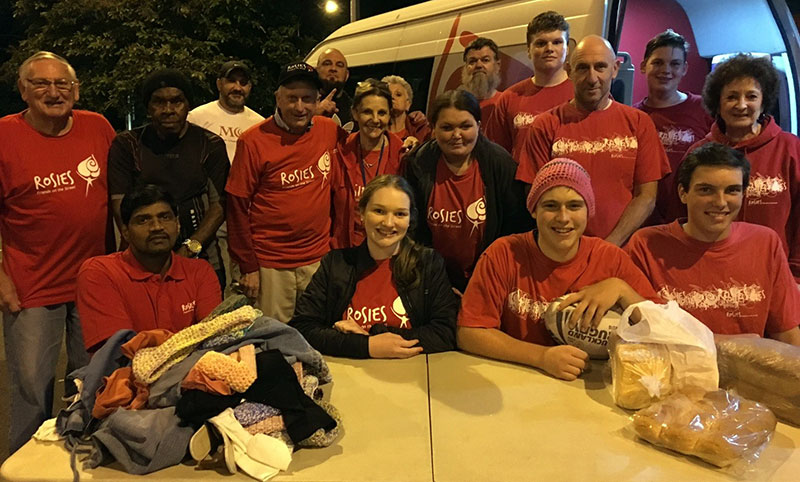 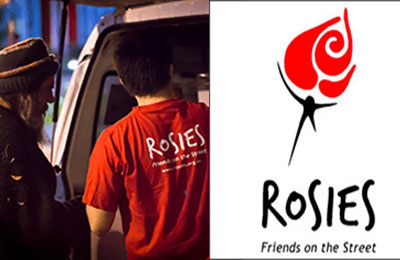 Fr. William MORELL from the United States Province recently visited the Province of Australia. While visiting there, he was able to experience the ministry of the Rosies.

“Jumping for joy” is not a phrase I would immediately associate with St. Eugene, at least not from what little I know of his stature and temperament! But still, the phase came to mind as I moved around the “Oblate world” in Brisbane during my first days in this land “down-under.” What I saw was thoroughly and beautifully Oblate. One evening, I found myself with the Rosies and their friends.

I must think Eugene would jump for joy at how the Oblates and the Rosies have brought to life, on the streets of Brisbane, the love and concern he himself had for the poor on the fringe of society. Decades ago the Oblates put together an outreach program to form friendships and offer assistance to people on the street. The program and its workers are called Rosies. Today over a thousand volunteers go out to “the evening streets” every night of the week. 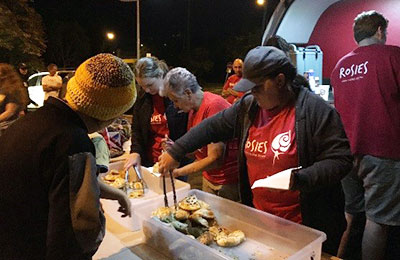 Before I left for an evening on the streets with Fr John David, a local Oblate chaplain to the Rosies, the Rosie website told me, “tonight, 20,000 Queenslanders are homeless. Nearly half are women. Over 40% are aged 25 or under. More than 3,500 of those are kids 12…” We went to a town on the outskirts of Brisbane. I don’t know how many Rosie sites there are across the Australian State of Queensland, maybe a couple of dozen. But in the site where I was, the hundred or so folks we met that evening were present in those proportions described on their website.

The Rosies are very sensitive about pictures being taken of their street friends. So I didn’t get the picture I wanted. I sat for a pretty long time on the curb with Mike — maybe not long enough to truly strike up a friendship with him, but long enough to appreciate his humor and outgoing nature… and to learn a bit about his life as an aboriginal and military veteran. He asked me for nothing… we just talked. He broke up our conversation to help a young mother get some food for her kids.

But really, what can one accomplish in a single evening? What kind of friendship is based on one visit? But that’s the point of the Rosies. It’s never a single evening. For many, it’s night after night or week after week. For some it’s a 10- or 20-year experience. And in that fact is another blessing for the Rosies. Students and grandparents, young mothers and retired executives… lots of kinds of “friendships built through ministry” are formed, in addition to the friendships made sitting on the curbs.

Thanks to Fr David, I had a chance to be with Oblates in a setting much more suited to St. Eugene’s zeal than an assembly hall and meeting room. But you know, even when Oblates are gathered in a meeting room, sitting in chairs, not on curbs… even then, I suspect St. Eugene may be tempted to jump for joy when learns his sons are there to discuss how best to stay true to his spirit and to plot the direction of their ministries and lives toward those people most in need of the Gospel and Christ’s compassionate love.

Full text of Pope Francis to participants of the General Chapter

ADDRESS OF HIS HOLINESS POPE FRANCIS TO PARTICIPANTS IN THE GENERAL CHAPTER...

Good morning everyone, and welcome to morning prayer with Fr Alex, in...

Good morning everyone, and welcome to morning prayer with Judy-Anne, from Pimlico,...

Pope to Oblates of Mary Immaculate: ‘Proclaim the Gospel of hope’